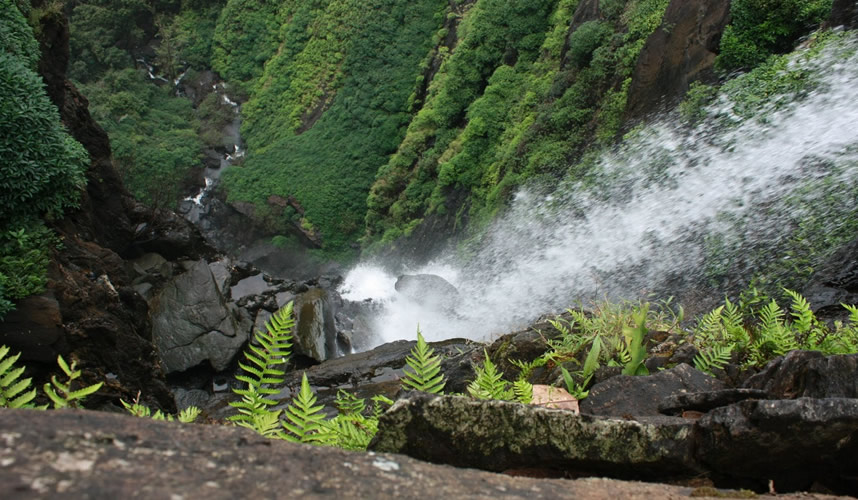 Agumbe  is a small village located in Shimoga district, Thirthahalli taluk in the Malnad region of Karnataka, India. It is sometimes called “The Cherrapunji of the South” . Agumbe is associated with rainforest conservation efforts, documentation of medicinal plants, tourism (trekking and photography), power generation through hydroelectrics and promotion of cottage industry. 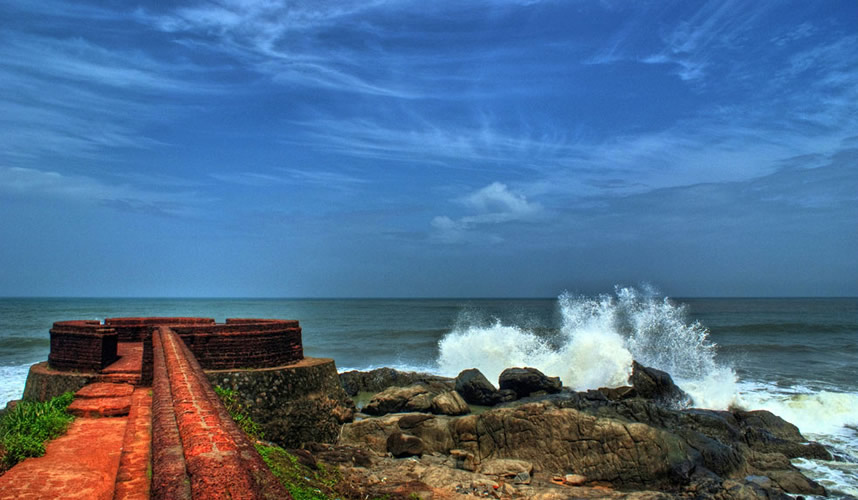 Bekal Fort, is the largest fort in Kerala, situated at Kasaragod district, North Kerala and it is 67 km from Mangalore spreading over 40 acres (160,000 m2). Some important features of this fort are the water-tank with its flight of steps, the tunnel opening towards the south, the magazine for keeping ammunition and the broad steps leading to the Observation Tower, which is a rarity. 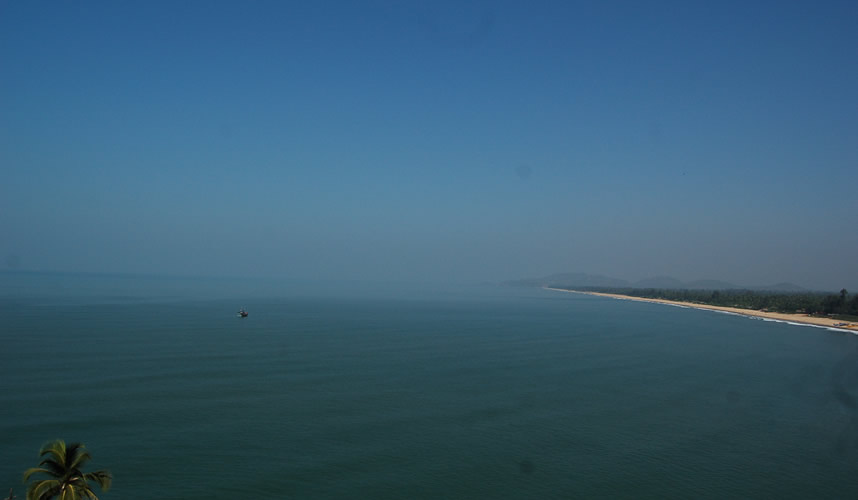 Gokarna  is a small temple town located on the western coast of India in the Uttara Kannada district of the Indian state of Karnataka. Main temple and deity is Lord Shiva, who is also known as Mahabhaleshwara. This temple houses what is believed to be original image of Lord Shiva’s lingam (Atmalinga). There are many other temples all over this small town. Ankola and Kumta on Highway 17 are the main towns near Gokarna. 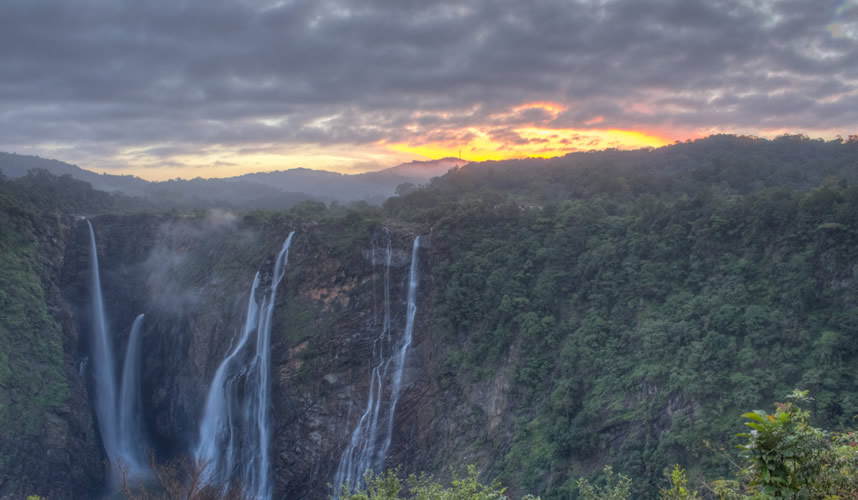 Jog Falls is created by the Sharavathi River dropping 253 m (830 ft), making it the second-highest plunge waterfall in India after the Nohkalikai Falls with a drop of 335 m (1100 ft) in Meghalaya.

Jog falls is used for hydroelectricity and can generate 6700000 W of power. 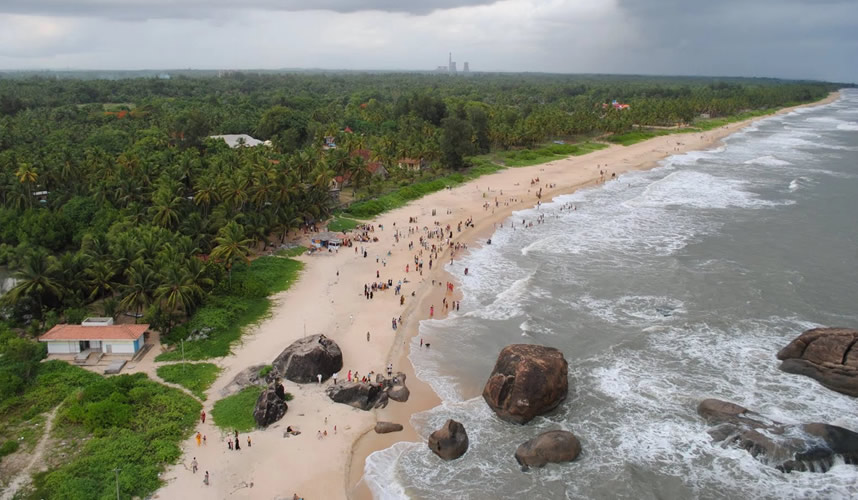 The Kapu light house was built in 1901 and has for these many years stood on the rocks guiding thousands of sailors and warning the presence of dangerous rocks.It stands 27.12 m above the base.The lighthouse is open for visitors between 4PM to 6PM and the panoramic view offered is magnificent. 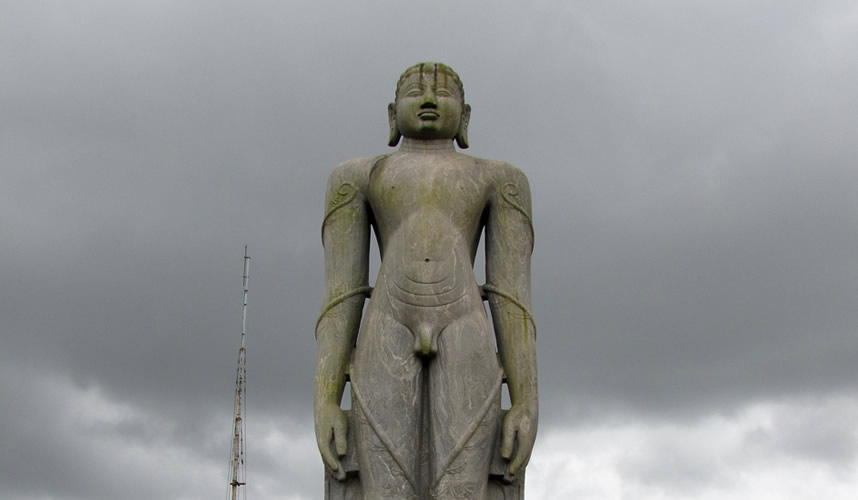 The town was called Pandya Nagari during the period of Jain rule, and later became known as Karikallu (ಕರಿಕಲ್ಲು), then Karkal (ಕಾರ್ಕಲ್) and finally to Karkala (ಕಾರ್ಕಳ).

Karkala has a number of natural and historical landmarks. It is located at the bottom of Western Ghats covered with greenery all year round. It is one of the major junctions for religious tourists. It is strategically located on the way to Sringeri, Kalasa, Hornadu, Udupi, Kolluru Mookambika and Dharmasthala. 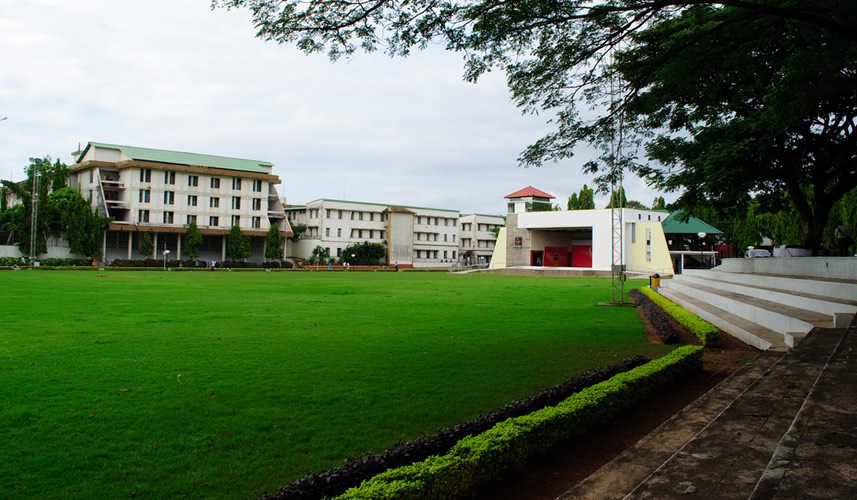 Kasturba Medical College is a medical college based in Manipal, Udupi District Karnataka, India. Established by Dr T.M.A. Pai on 30 June 1953, KMC Manipal is one of the most prestigious and premier medical colleges in India. 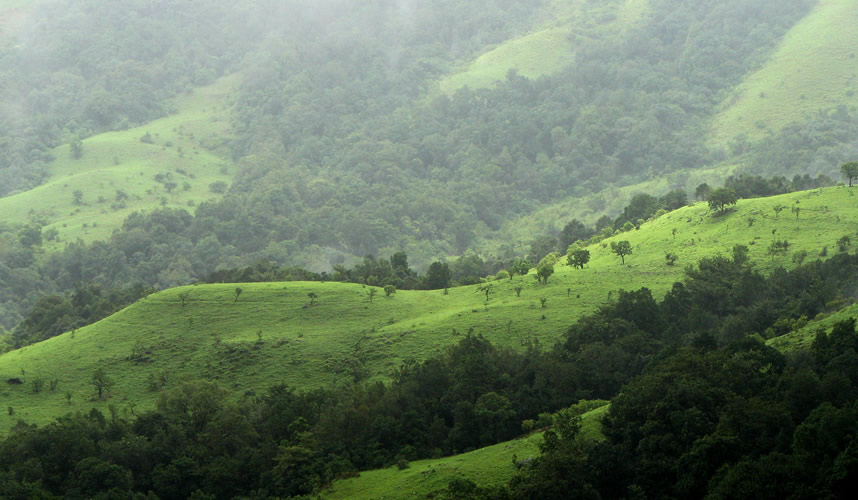 A diverse assemblage of endangered large mammals is found in the park supporting three large mammal predator species such as the Tiger, Leopard and Wild Dog. The important Tiger prey base found within the Park is Gaur, Sambar, Wild Pig, Muntjac, Chevrotain, Bonnet Macaque, Common Langur and the Lion-tailed Macaque.

The wet climate and the tremendous water retentive capacity of the shola grasslands and forests have led to the formation of thousands of perennial streams in the region converging to form three major rivers of the region, Tunga, Bhadra and Nethravathi which form an important lifeline for the people of Karnataka and Andhra Pradesh 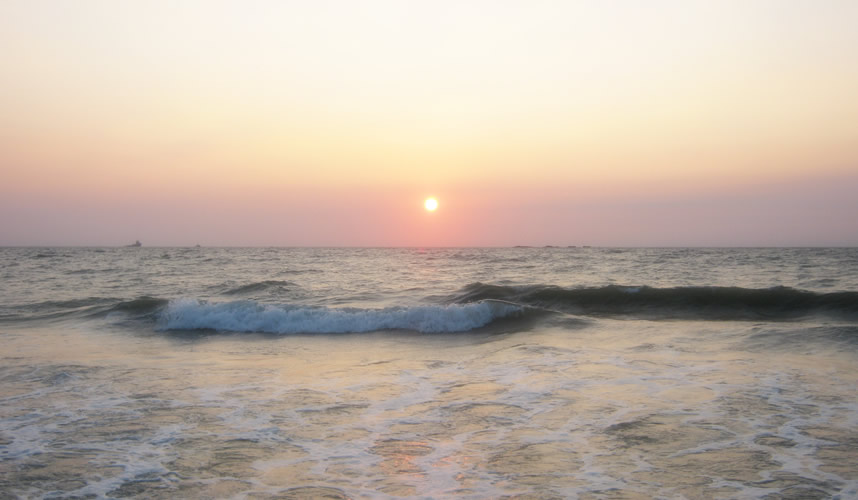 The place of interest in Malpe is the scenic beach, which is popular among both locals and tourists. St. Mary’s Islands is also a tourist destination. Malpe also houses temples of Balarama and Ananteshwara. The temple of Balarama was built by Mogaveera king Maindan. 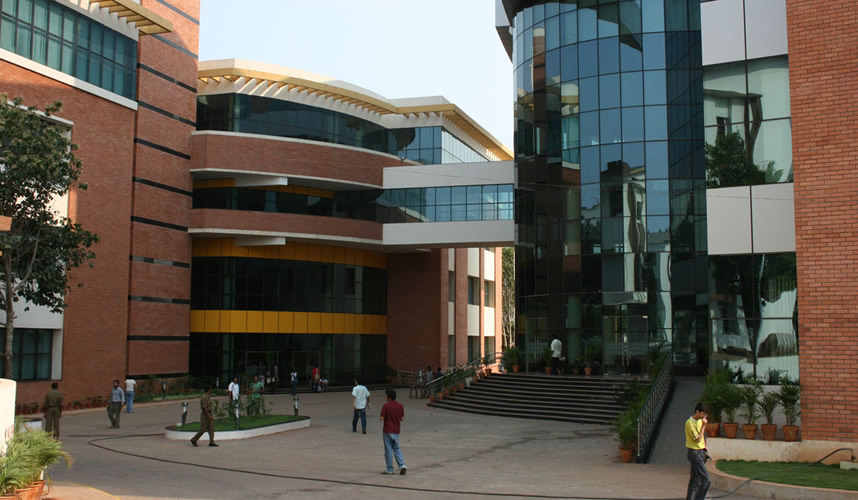 The Manipal Institute of Technology is a constituent institution of the Manipal University that specializes in the fields of engineering and technology. MIT contains 16 academic departments and awards undergraduate, graduate and doctoral degrees. 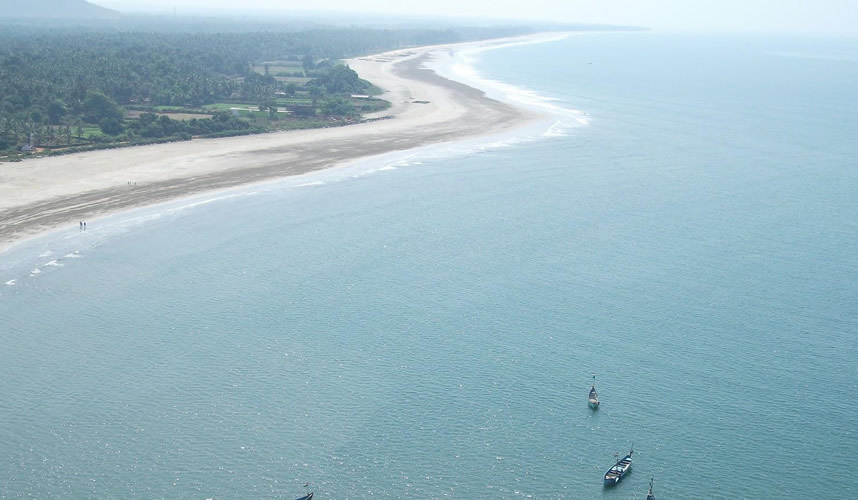 Maravanthe is a village and a beach near Kundapura, Karnataka, India. Outlook traveler considers it one of Karnataka’s most beautiful beaches.[1] It is about 55 kilometres (34 mi) from Udupi. NH-66 (Erstwhile NH-17) runs right next to the beach and the Suparnika River flows on the other side of the road, creating a spectacular scenery and considered only one of its kind in India. The river Souparnika, which almost touches Arabian Sea here, makes a U turn and goes westward to join the Sea only after a journey of more than 10 kilometres (6.2 mi). 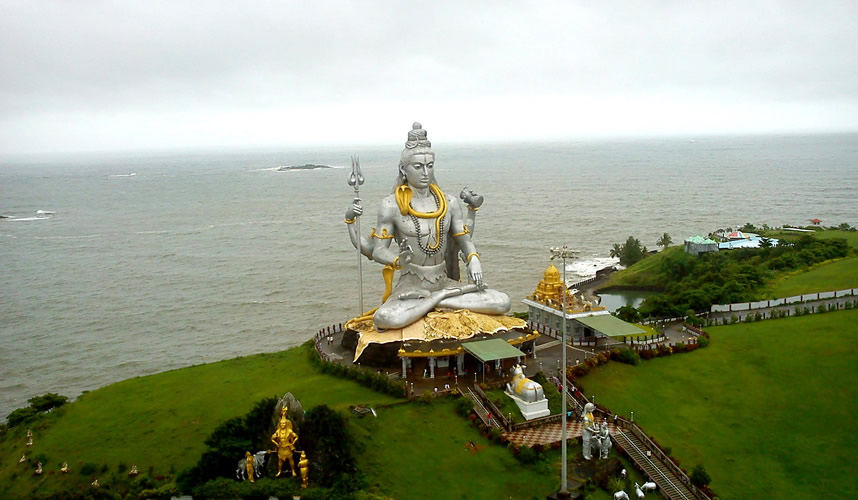 Murudeshwar is a town in Bhatkal Taluk of Uttara Kannada district in the state of Karnataka, India. Murudeshwar is another name of the Hindu god Shiva. Famous for the world’s second-tallest Shiva statue, the town lies on the coast of the Arabian Sea and is also famous for the Murudeshwar Temple. Murudeshwar has a railway station on the Mangalore-Mumbai Konkan railway route. 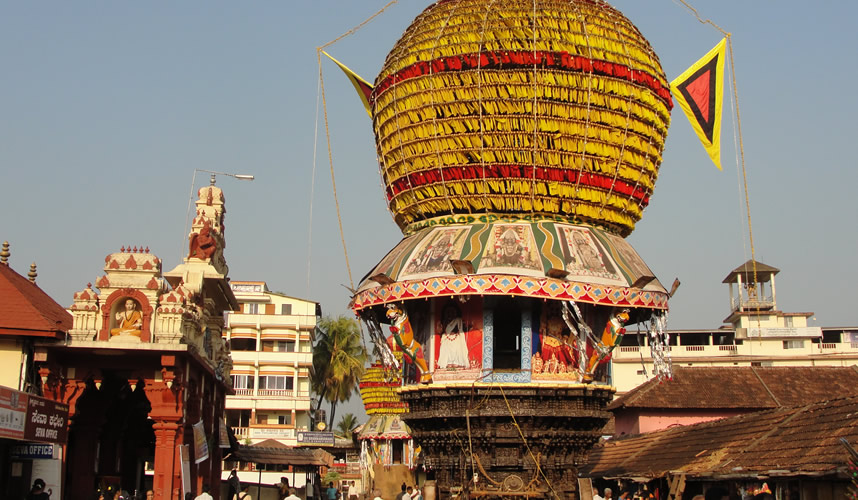 Udupi Sri Krishna Matha is a famous Hindu temple dedicated to god Krishna located in the town of Udupi in Karnataka, India.

The matha area resembles a living ashram, a holy place for daily devotion and living. Surrounding the Sri Krishna Matha are several temples namely the Udupi Anantheshwara Temple which is over a 1,000 years old. St. Mary’s Islands, also known as Coconut Island and Thonsepar, are a set of four small islands in the Arabian Sea off the coast of Malpe in Udupi, Karnataka, India.

Scientific studies indicate that the basalt of the St. Mary’s Islands was formed by sub-aerial subvolcanic activity, because at that time Madagascar was attached to India. The rifting of Madagascar took place around 88 million years ago.